Behind the Uncomics anthology: Gareth A Hopkins 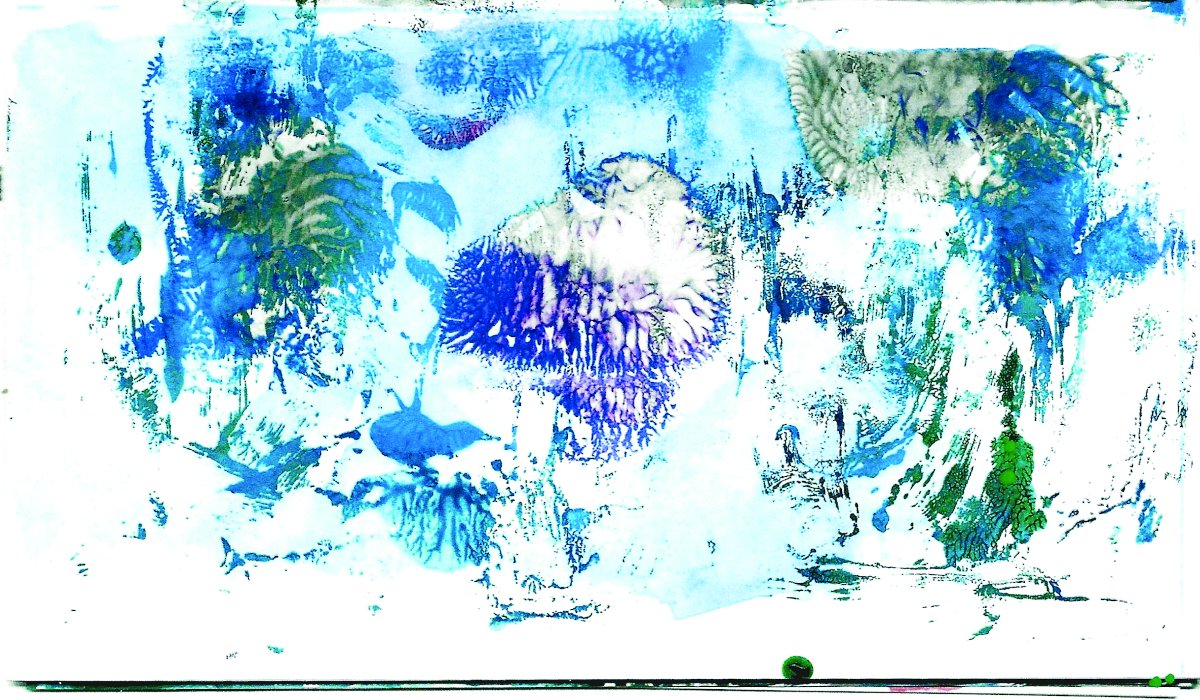 The following is Gareth A Hopkins’ presentation text from the Uncomics anthology, accompanying his work Sweetchuck:

My main influences are four-fold, and intertwined.

First, there’s an appreciation and love for mainstream comics, in particular Marvel Comics and 2000AD. I grew up reading Spider-man, X-Men and Judge Dredd, and feel its important to honour those traditions in my own work even if my comics don’t look like them. Not so much avoiding biting the hand that feeds than it is not wanting lose my footing in the mist.

On top of that is my interest in 20th Century art, in particular Dada, Surrealism and Abstract Expressionism. When I started making The Intercorstal I definitely thought I was continuing in the surrealist tradition, although I tripped myself up on that and ended up somewhere totally different. 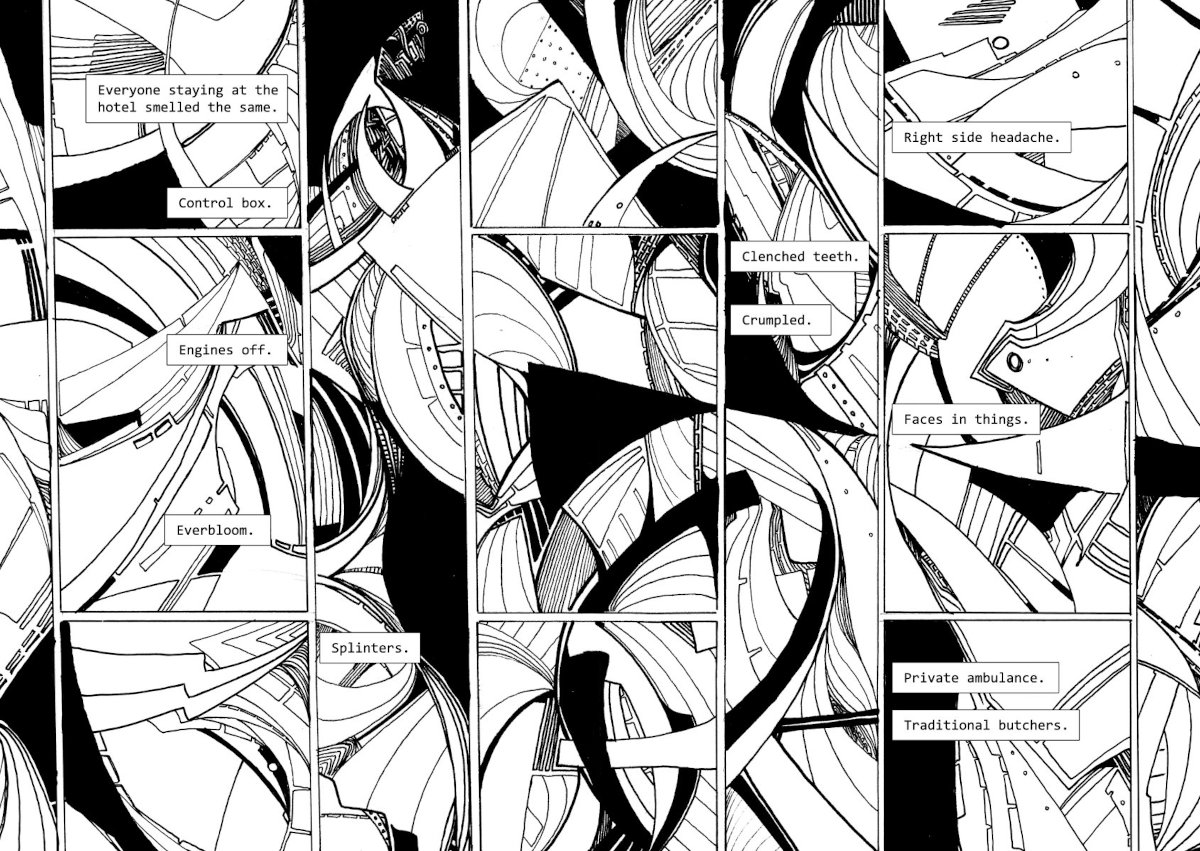 Spread from The Intercorstal: Extension by Gareth A Hopkins.

I’ve also got a preoccupation with the paranormal — hauntings, poltergeists, UFOs, all of that. The Intercorstal: Extension wouldn’t have been written had I not done an e-learning course on poltergeists, and at least half of the stories in Explosive Sweet Freezer Razors are explicitly about ghosts and haunting. From an analytic perspective, I enjoy using tropes from the field as ways to explore loneliness and isolation in my comics, but I also love the creeping feeling I get up the back of my neck when I think about them.

Running through those influences is what I take from my love of music — I’ll save you a long list of bands I like but I’d not be making the art I am without first being a fan of anticon (in particular Doseone), …Trail Of Dead and Captain Beefheart. In particular, music is where I get my sense of rhythm, which seems like a really stupid, obvious thing to say, but I suppose I mean my sense of visual rhythm. All the elements that go into my comics — panel size, caption placement, visual rhyming (both within a single comic as well as callbacks to previous comics) and so on — are influenced as much by music as anything else. The other thing I get from music, especially the bands and artists that I just listed, is permission — permission to follow my instinct, permission to experiment… permission to say ”I’ve paid my dues, and now I’m going to do what I want.”

From Sweetchuck, Gareth A Hopkins’ contribution to the Uncomics anthology: 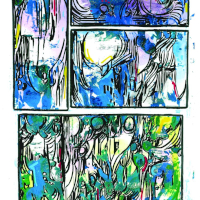 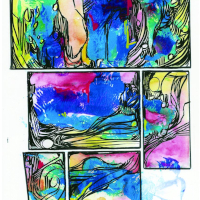 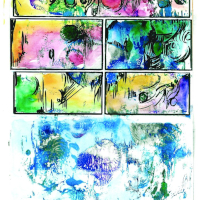 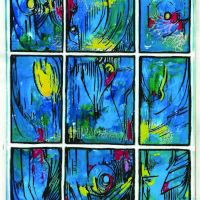 How I make comics changes every time I start a new one, although most recently the two things that have defined my process are recycling old work and allowing mistakes and chance to play a major role. A case-in-point would be something like my recent comic The Church that I made by drawing over mis-printed spreads from my comic Not This House — Just Growing was assembled from pages produced during the same period. I’m also experimenting more with techniques and materials with each comic I make — pressing painted pages together while they’re still wet; cutting panels out of pages to use them in others; using highlighter pens to activate watercolour pencils; and so on.

Gareth A Hopkins is a featured artist in the Uncomics anthology, out now!